IN PRAISE OF HEATHER HONEY 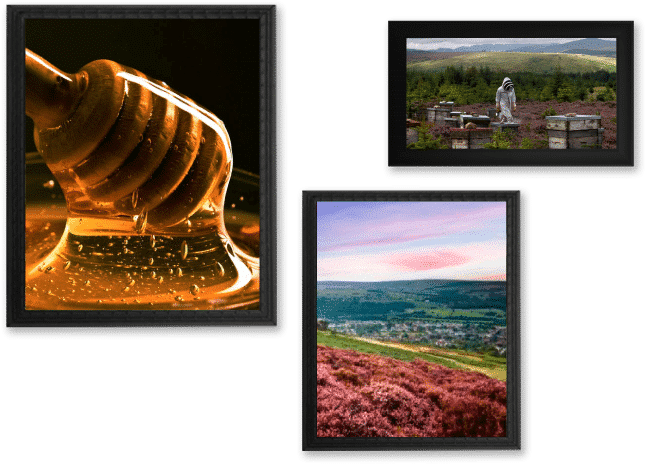 Noble Isle is used to travelling the length and breadth of the British Isles to secure the finest ingredients, and the peerless heather honey from the inhospitable highlands of Perthshire and Deeside is no exception. For a brief spell every autumn, the region’s bee-keepers relocate their hives to the ‘fragrant hills of purple heather’, as they are described in the celebrated poem Bonnie Auld Scotland. Since there is no other food source at this altitude or time of year, the result is a pure, distinctive and absolutely unique honey packed with iron, protein and anti-oxidants.

Cave paintings prove that honey has been enjoyed as a food source for at least 8,000 years, and its medicinal properties have long been appreciated. Egyptian, Greek and Roman writers make extensive reference to it as a natural antiseptic used to treat cuts, burns and sore throats. Mead, or honey wine, is the oldest fermented beverage, far antedating human settlement and organised agriculture. It became extremely popular in the British Isles during the middle ages, and the addition of herbs and spices to create the much superior metheglin lent it further medicinal qualities. One of the finest of all honeys, heather honey is today highly valued for its rich, smoky and almost toffee-like fragrance – something that makes it as attractive an ingredient for Noble Isle’s hand wash and lotion as do its benefits to the skin and health.