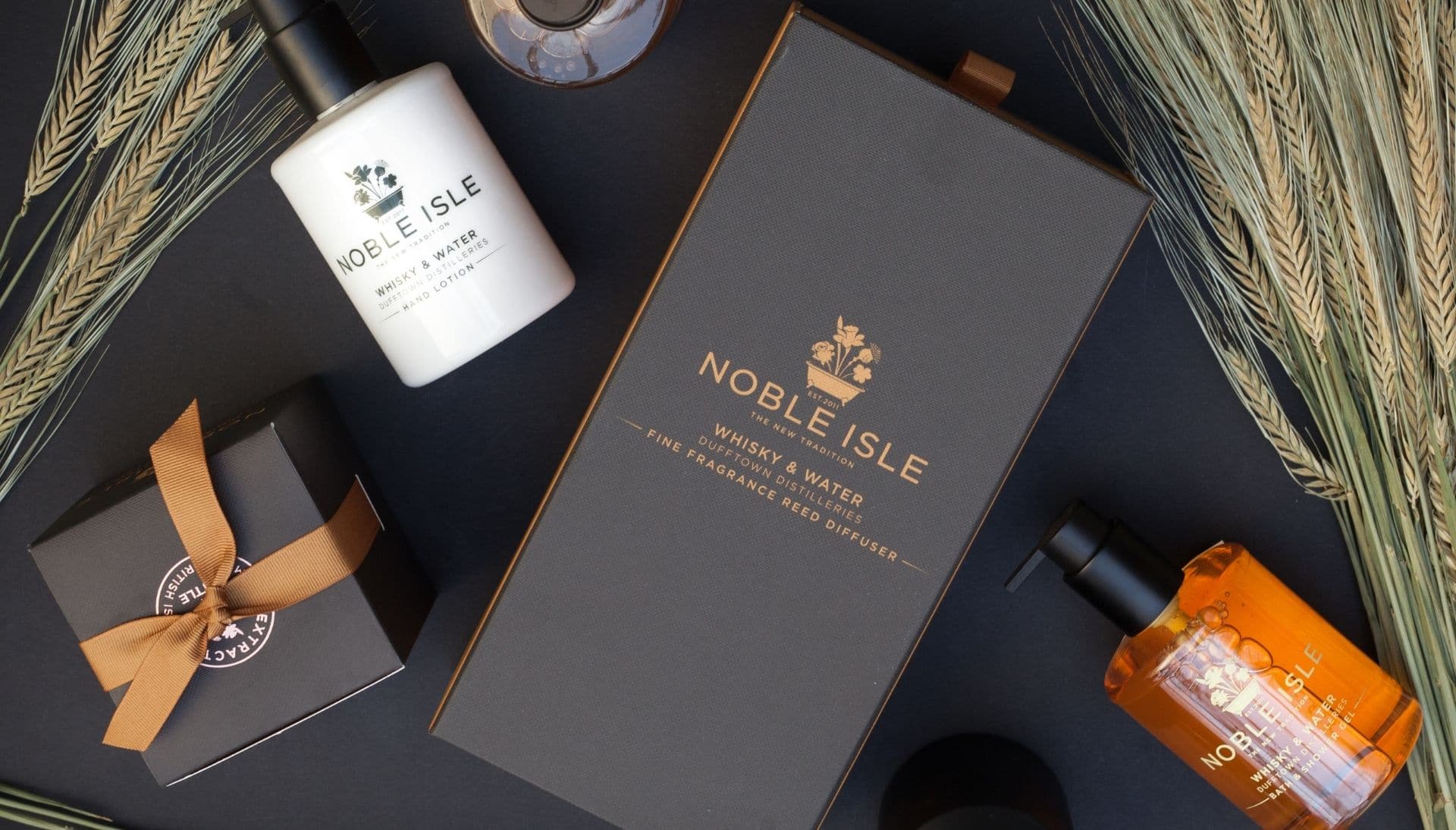 The finest Whiskies in the world start with just two ingredients – Barley and Water. However, the making of a great Whisky can’t be rushed. Our mission here at Noble Isle is to capture Britain in a Bottle and our Whisky & Water Collection took time to perfect. This warming and rich range contains Malted Barley from the famous Balvenie Distillery in Scotland. Barley is known to calm the skin and also contains an abundance of proteins and Vitamin B to help promote healthy skin.

The 21st of May is World Whisky Day – an event that was celebrated by more than 25,000 people in 47 different countries around the world last year. So, to mark the occasion, we wanted to share some facts with you about this revered spirit.

1. There are lots of factors that contribute to the flavour of Whisky but you can predict a Whisky’s basic character from the shape of the pot still it’s made in. A pot still is the copper cauldron used to distil Whisky. Taller, slimmer stills create smooth and mild Whiskies whereas shorter stills produce a stronger, fuller flavour.

2.  A single malt Whisky is produced by a single distillery but is usually made from a blend of different casks.

3. During the American Prohibition licensed doctors could prescribe medicinal liquor, which was usually Whisky or Brandy. An estimated 64 million pints of liquor were prescribed during the first year of Prohibition. The liquor was dispensed by pharmacies and in the period from 1920 to 1933 the Walgreen pharmacy chain grew from 20 to nearly 400 shops.

4. Scotland exports around 42 bottles of Whisky every second. With a population of 5.4 million and 20 million barrels of Whisky stored in Scotland, there are almost four Whisky casks for each Scot.

5. If you laid these 20 million barrels end-to-end, they would stretch for about 30,000 kilometres – or about six times the distance from Edinburgh to New York.

6. The Gaelic for Whisky is ‘uisge beatha’, which means ‘water of life’.

7. As Whisky matures in barrels it gradually evaporates at a rate of around 2 per cent each year – this is known as the ‘angels’ share’.

8. A Whisky must have been produced in Scotland and matured for at least three years in a cask to be called Scotch.

10. Rachel Barrie was the first female master Whisky blender and her work has encouraged more women to join the industry.

Click here to discover more about our Whisky & Water Collection.